“An Airstrip lets you build and house airplanes. Upgrade it to unlock new planes.” 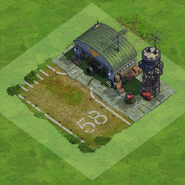 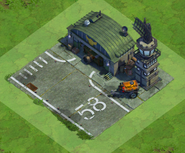 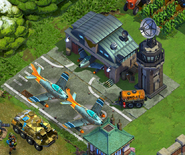 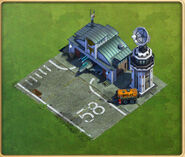 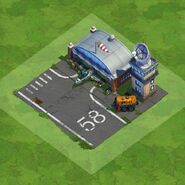 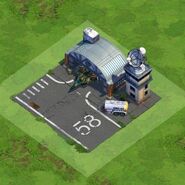 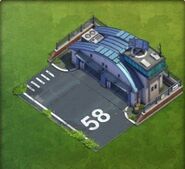 The Airstrip produce Air Units such as Fighters, Bombers and Transports to be used to attack other players.

Air Units are units that fly to enemy base to attack or deploy units at the tapped location, then fly back exiting the enemy base. After flying out of the battlefield, it can be used again (after certain cool down for certain units) if the units are not destroyed. Only some Defensive Buildings (Tower, Air Defense, Machine Gun (Building), Fort (Castle), S.A.M. Battery), are capable to damage these units. Air Units have seperate Unit Capacity to Barracks units or Factory units.

Airstrip can be built in the Industrial Age. Research needs to be carried out at the Blacksmith / Armory to upgrade units once the Airstrip has been upgraded.

The Aviation Technology at the Library confers these bonuses to the Airstrip:

The Microprocessor Technology at the Library confers these bonuses to the Airstrip:

Amelia Earhart at the University confers these bonuses to the Airstrip:

The Pentagon wonder confers the following bonus to the Airstrip: