“A powerful raiding vehicle which is able to endure more damage and engage foot infantry better than other raiders.”

Armored Car is the 5th type of Factory units players can use in the game. A powerful raiding vehicle which is able to endure more damage and engage foot infantry better than other raiders. Unlocked in the Global Age.

Armored Car (AC) along with Raiders are the fastest unit in the game. With its movement speed, on offense, it is hard for the Defenders to catch up. On defense, one strategy is to put as Defenders in City Center (or Stronghold for Troop Tactics) due to its speed. It can catch up and kill infantry units very quickly in the wide area, while the offensive planes will have a hard time to aim it.

Armored Car is considered a defensive unit. For war, having an alliance member with upgraded armored cars is a great benefit to the alliance. It's common to fill town centers in war with 4 AC along with a mix of bazookas and machine guns. It's also considered a premium defensive Stronghold (SH) unit; assuming the SH has a path out (such as a gate or wall opening). 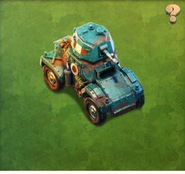 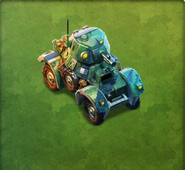 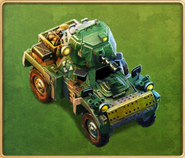 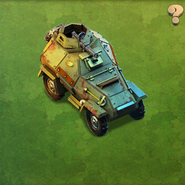 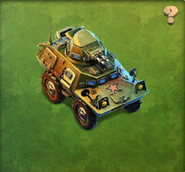 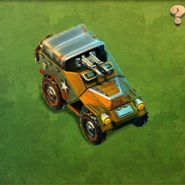 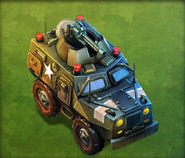 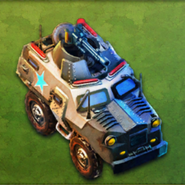 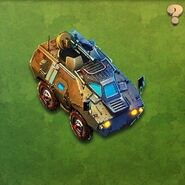 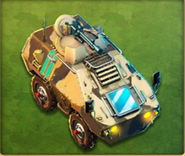 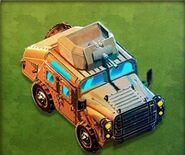 The research of Sally Ride in the University confers the following bonuses to the Armored Car:

The Versailles wonder confers these bonuses to the Armored Car:

The Brandenburg Gate wonder confers these bonuses to the Armored Car: