“A moderately-armored vehicle that specialized in destroying tanks and buildings.”

Assault Vehicles are the tenth type of Troop from Barracks to use for the player in DomiNations. It is unlocked in Cold War Age. it is then researched in the level 11 Armory.

Their high damage against Defending Tanks, Buildings and Walls makes them useful to penetrate the enemy base. 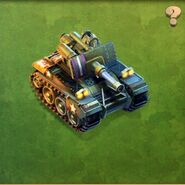 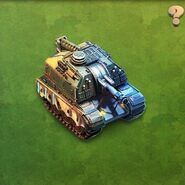 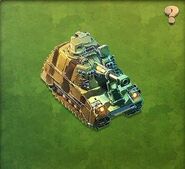 The Standing Army Technology at the Library confers these bonuses to the Assault Vehicles:

The Versailles wonder confers these bonuses to the Assault Vehicles: