“Helicopters harass enemy defenses from long range. They're much more mobile than ground-based siege weapons (and able to fly over walls), but have low hitpoints and weaker weapons.”

Attack Helicopter is the ninth type of Troops from Barracks to use for the player in DomiNations. It is unlocked in Atomic Age. It can fly above Walls, Gates and Buildings.

Attack Helicopter are used to directly attack enemy defensive buildings, ignoring obstacles or buildings by flying over them. 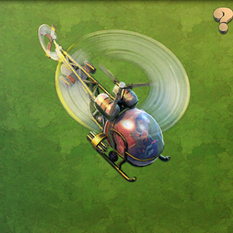 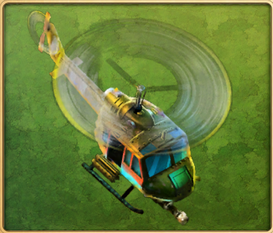 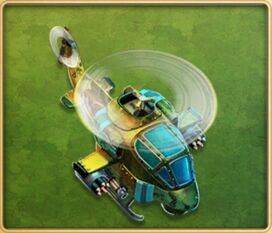 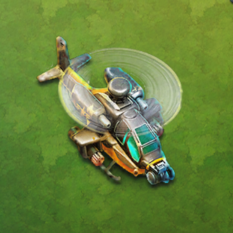 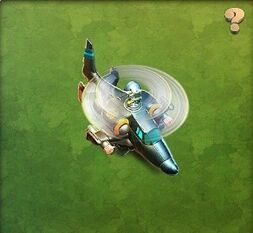 Advanced Attack Helicopter
Add a photo to this gallery

The DPS above base on 3s time between fire.

The Standing Army Technology at the Library confers the following bonuses:

The Rotorcraft Technology at the Library confers the following bonuses:

The Versailles wonder confers these bonuses to the Attack Helicopter:

Retrieved from "https://dominations.fandom.com/wiki/Attack_Helicopter?oldid=57247"
Community content is available under CC-BY-SA unless otherwise noted.