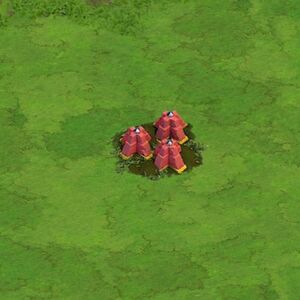 “Invading troops that step on these have slower movement and lower damage.” 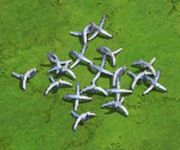 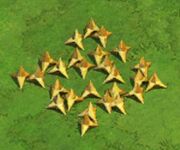 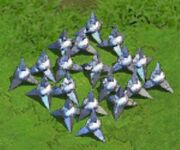 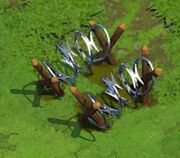 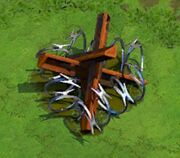 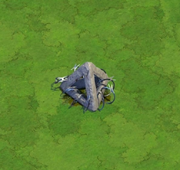 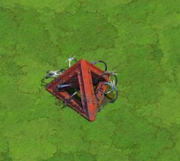 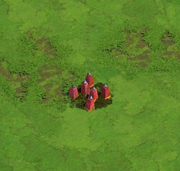 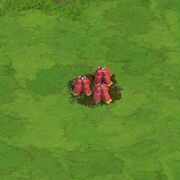 *Research Engineering chapters 1 and 5 at the Library to increase Caltrops/Barbed Wire limit by 1 for each mentioned chapter.

* Research Deception chapter 2 at the Library to slow attackers by an extra 5%.

The Deception technology researched in the library provides a 5% boost to the unit slow caused by Barbed Wire (chapter 2).

Harriet Tubman at the University confers these bonuses to Traps:

[LEVEL 1] A pile of four sided spikes with three spikes facing down and one facing up. They are made of a brownish metal.

[LEVEL 3] The spikes turn gold colored and are now straight. They are also sharper and shinier.

[LEVEL 4] They turn bigger and silver. They are now even shinier.

[LEVEL 5] They change to two sets of four sticks making an X. Barbed wire is in the middle of each.

[LEVEL 9] The concrete tank trap is reinforced with metal.