“A Barrack lets you build and house troops. Upgrade it to unlock more troop space.” 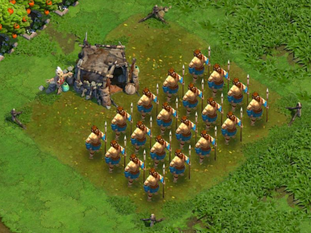 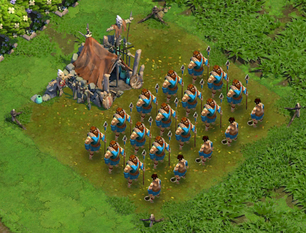 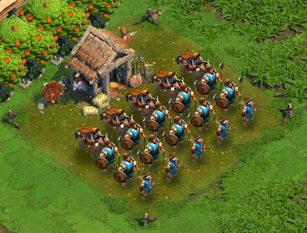 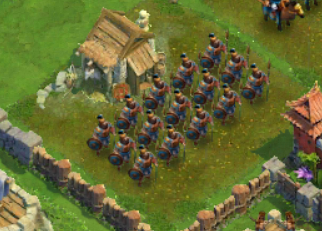 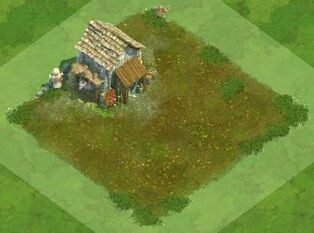 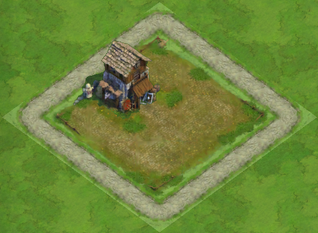 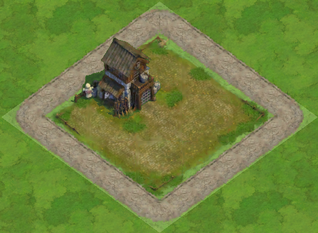 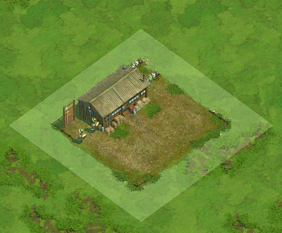 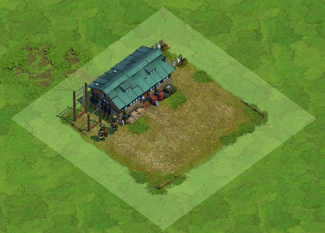 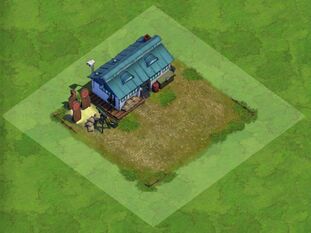 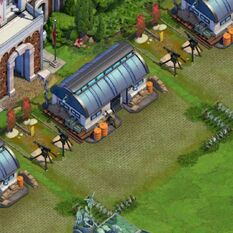 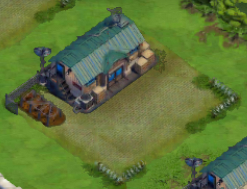 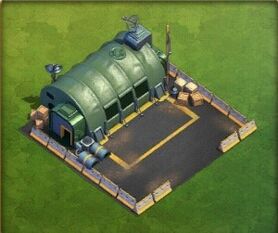 Level 13
Add a photo to this gallery

The Barracks are unlocked in the Dawn Age. It allows you to train troops for battles. All troops in the Barracks cost food to train. Each Barracks upgrade will increases troop capacity by 5.

Factory troops also are counted in the same army size as the normal Barracks, however are trained in the Factory instead. The Factory it self don't add max army space.

To an attacker, the Barracks always appear empty, even if troops are housed there. The troops housed in the Barracks do not defend the player's base.

After researching Resistance Technology Chapter 1 at the Library, Barracks will produce Heavy Infantries after being destroyed. The troops level will depend on the the highest Garrison Defenders level.

^This is the max troop capacity at each age. It is assumed that all Barracks have been leveled up.

The Standing Army Technology at the Library confers the following bonuses to the Barracks:

The Resistance Technology at the Library confers the following bonuses to the Barracks:

The Microprocessor Technology at the Library confers these bonuses to the Barracks:

The Romans get a 10% boost to army size (rounds down).

The French get a 20% reduction to training time.

Retrieved from "https://dominations.fandom.com/wiki/Barracks?oldid=55998"
Community content is available under CC-BY-SA unless otherwise noted.