“Armed with a rocket launcher and nerves of steel, this unit specializes in destroying tanks.”

Bazooka Infantry / Rocket Infantry is the fourth type of Troop from Factory to use for the player in DomiNations. It is unlocked in Global Age.

Their high damage against Defending Tanks, Buildings and Walls makes them useful to get fast time elapse in the World War battle. Because they have a short range of fire compare to most of Defensive Buildings and they can't fire through the walls, they are better deployed with other short range troops to protect them.

Another attack strategy with this unit, is to use a lot of them together with Assault Tactics. They will destroy enemy base quickly. But this strategy will make some units lost in battle, which are quite expensive. 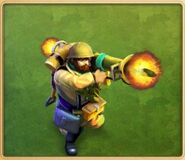 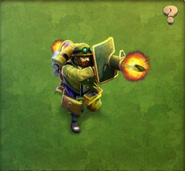 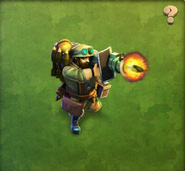 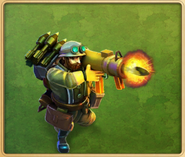 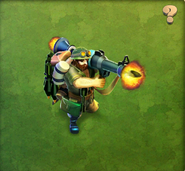 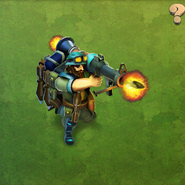 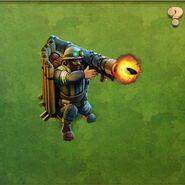 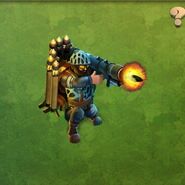 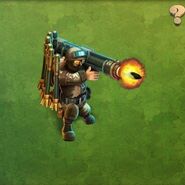 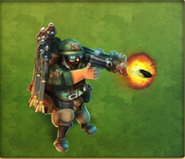 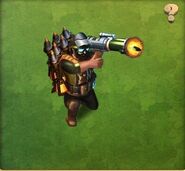 The Warfare Technology at the Library confers these bonuses to the Bazooka:

The Armored Division Technology research at Library confers the following bonuses to Bazooka:

The research of Emperor Haile Selassie in the University also confers the following bonuses to Bazooka:

The Versailles wonder confers these bonuses to the Bazooka:

The Brandenburg Gate wonder confers these bonuses to the Bazooka:

During wars, the Americans and Ethiopians coalitions can further greatly increase the effectiveness of your Bazooka troops.

When combined with the Library and university research, Bazooka soldiers become incredibly powerful during wars (but expensive, since they are trained using Oil).