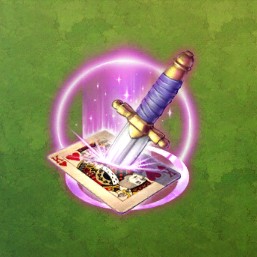 “With the right motivation, enemy troops can be convinced to betray their commander and fight for you instead.”

Betrayal is a Tactic that is unlocked when your War Academy reaches level 5. It allows you to take over 2 to 3 enemy defenders to fight with you.

Retrieved from "https://dominations.fandom.com/wiki/Betrayal?oldid=53805"
Community content is available under CC-BY-SA unless otherwise noted.