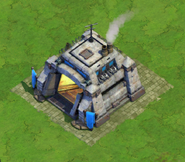 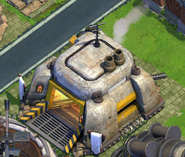 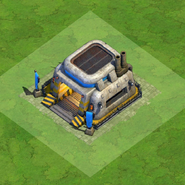 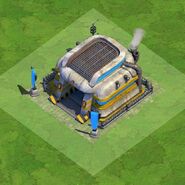 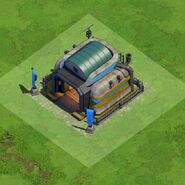 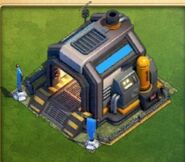 Level 8
Add a photo to this gallery

NOTE: Bunkers in war bases don't run out of oil. If its dark inside then its probably under upgrade in the main base. But if they are out of oil completely from start, they will not spawn.

Combat Rebalance Stage Three made Base Hitpoints and Base DPS of Defending Troops differ from Army Troops.

The Nationalism Technology at the Library confers the following bonuses to Bunker:

The splash damage tech for Heavy Tanks does not count for Bunkers, only for offensive and alliance troops.

The research of Emperor Haile Selassie in the University confers the following bonuses to Bunker:

Retrieved from "https://dominations.fandom.com/wiki/Bunker?oldid=56548"
Community content is available under CC-BY-SA unless otherwise noted.