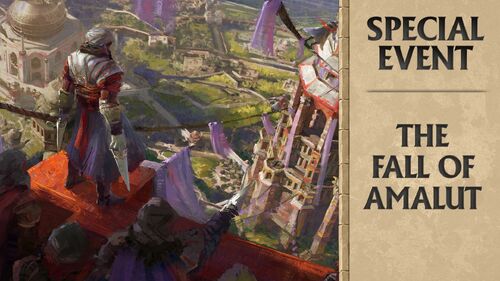 Alamut was the main fortress of the small medieval Shia sect known as the Assassins. Their founder, Hasan-i Sabbah, infiltrated and captured the castle from the Seljuk Turks in 1090. Lacking in numbers, Hasan’s followers defended themselves by targeting enemy leaders. Young Assassins called fida'in gained their targets' trust and lay in wait, sometimes years, before slaying them with daggers at close range. Naturally, Hasan and his followers developed an ominous reputation throughout the Middle East. This protected them for over a century but eventually led to their downfall.

The Assassins’ leadership dwindled in strength after Hasan’s death in 1124. By the mid-thirteenth century, the head of the sect was a weak man named Khur-Shah. Their fortresses lay within the path of the conquering Mongols, who had swept through Central Asia under Genghis Khan and were now advancing toward the Middle East. Genghis Khan’s grandson Hulegu arrived in Persia in 1256 under orders to eliminate the Assassin threat.

The Mongol prince besieged the Assassin leader inside the fortress of Maimun-Diz. Hulegu rebuffed Khur-Shah's attempts to negotiate, insisting that he submit to Mongol rule and either hand over or destroy Alamut and all the other Assassin castles. Khur-Shah gave in after only two weeks, and Alamut’s garrison surrendered. By destroying Generals, Castles, and Command Posts, will you be as effective as the Mongols were in razing the home of the Assassins?

Retrieved from "https://dominations.fandom.com/wiki/Fall_of_Alamut_Event?oldid=46529"
Community content is available under CC-BY-SA unless otherwise noted.