“Circle a target, performing 2 powerful strafing runs and suppresing buildings (causing them to operate slower). To deploy our aircraft, tap any building, or unit in enemy's base. When they've finished their attack, they may be redeployed.”

Fighters are the first type of air unit to use in the game DomiNations. They're unlocked by constructing the Airstrip level 1 in the Industrial Age.

Fighters are excellent for taking down hordes of enemy units such as are Heavy Infantry and Heavy Cavalry.

The standard A.I. of Fighters is that it circles a target, performing 2 powerful strafing runs and suppressing defense buildings (causing them to operate slower). Fighters are good against heavy armored units such as Heavy Cavalry due to having 20 times more bonus damage against them. They are also extremely useful to suppress enemy defense buildings as they operate 50% slower when suppressed and can be easily taken down by your grounds units. However, Fighters can be taken down easily by an Air Defense or a Tower. The order of planes to attack is sorted by the amount of health in descending order, while the unused planes will be at the end of the list.

To deploy Fighters, tap any building or unit in the enemy's base. When they've finished their attack, they take a few seconds to refuel, and when done, go to your unit bar for redeployment.

Fighter take up 1 space in the Airstrip. They are trained in 30 minutes. They have a range of 4. 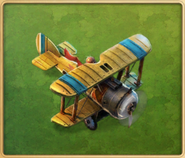 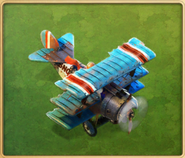 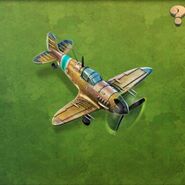 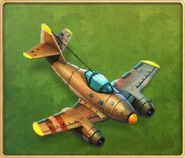 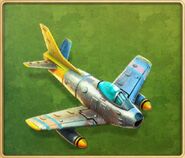 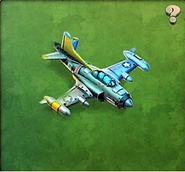 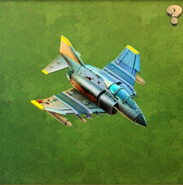 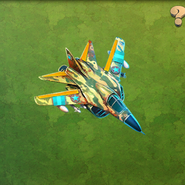 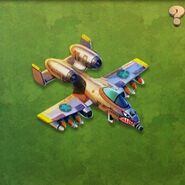 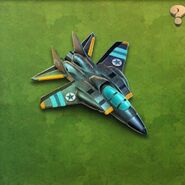 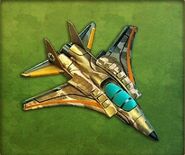 The Aviation Technology at the Library confers the following bonuses to the Fighters:

The Reconnaissance Aircraft Technology at the Library confers the following bonuses to the Fighters:

Amelia Earhart at the University confers these bonuses to the Fighters:

The Statue of Liberty wonder confers these bonuses to the Fighters: