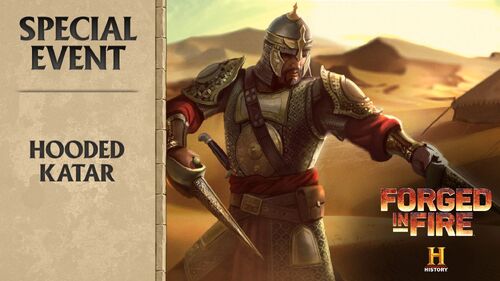 Forged in Fire is an original competition series on the History Channel. The show is hosted by weapons expert and U.S. Army and Air Force veteran Wil Willis. Each episode tests four of the nation’s most skilled bladesmiths as they craft history’s most iconic weapons. The Hooded Katar, which aired on October 10, 2018, features the iconic Hooded Katar.

More information regarding the Rajput Warrior:

While the origins of the Rajput people are highly disputed, what is known for certain is their long history of being proud and noble warriors. Throughout time, the many Rajput clans have gone from roaming bands of mercenaries to creating kingdoms that lasted for centuries. Later in history the Rajput Regiment served in the British Indian Army and fought for the Allies in World War I and World War II.

The armor of 16th century Rajput warriors was specially crafted to be durable yet very lightweight. They often used a Katar push dagger that allowed them to be incredibly agile in combat. It was said that Rajput nobles would hunt tigers with nothing but two Katar daggers to show their bravery and skill in combat.

How many resources can you raid? 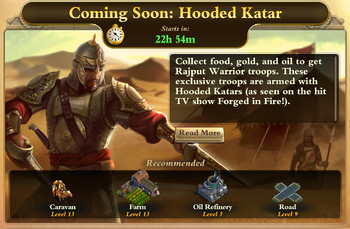 Retrieved from "https://dominations.fandom.com/wiki/Forged_in_Fire:_Hooded_Katar?oldid=42676"
Community content is available under CC-BY-SA unless otherwise noted.