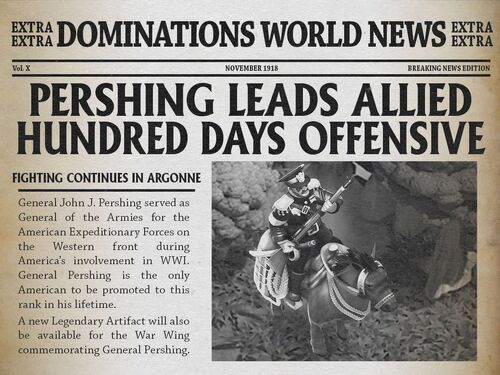 General John Joseph Pershing was a senior United States Army Officer during World War I. He served as the Commander of the American Expeditionary Forces on the Western Front from 1917-1918 and was the only American to receive the rank of General of the Armies in his lifetime. The only other individual to achieve this rank was George Washington who was granted it posthumously.

General of Armies of the United States, or General of the Armies for short, informally equates to a six star general and is the highest possible rank to achieve in the United States Army. Promotion to this rank requires approval by the President and an order from the Secretary of the Army. 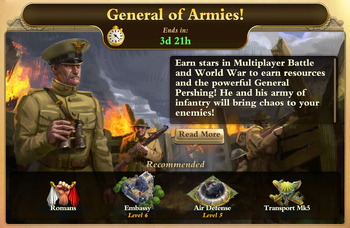 Retrieved from "https://dominations.fandom.com/wiki/General_of_Armies_Event?oldid=44516"
Community content is available under CC-BY-SA unless otherwise noted.