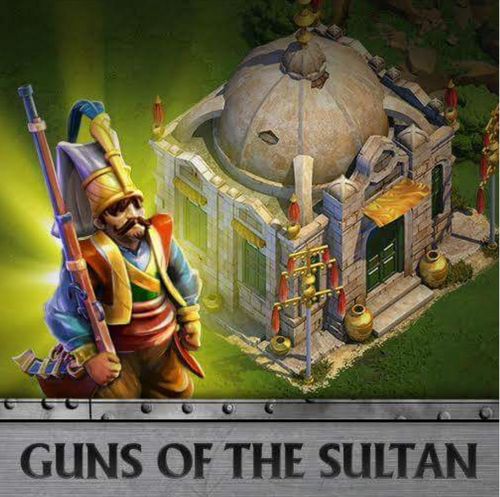 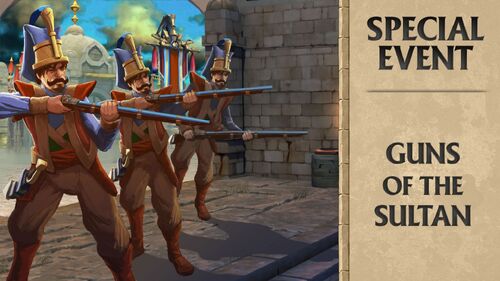 You can acquire Jannisaries in this event.

The Janissaries were an elite corps of infantry who formed the backbone of the Ottoman army for over four centuries. Created by Murad I around 1380, they acted as the Sultan's personal bodyguards and fulfilled a variety of civilian and military roles throughout the empire. They were instrumental in several key Ottoman victories, including the Siege of Constantinople in 1453 and the Battle of Mohacs in 1526.

Janissaries were some of the earliest regular troops to adopt firearms. They became renowned for their skill with muskets as well as their bravery and discipline. However, not every Janissary was a gunner; some divisions trained in artillery, engineering, logistics, and even archery.

Under the initial recruitment system, called devshirme, Janissaries were slaves taken from Christian villages as children. They were converted to Islam and barred from marriage and trade, ensuring their complete loyalty to the sultan. Over time, these restrictions were relaxed and it became possible to purchase entry into the Janissary class. These changes, along with insufficient pay, led to their weakening as a military force. How committed are you to supporting your best troops?

Train your nation's unique troop at the Barracks.

Retrieved from "https://dominations.fandom.com/wiki/Guns_of_the_Sultan?oldid=46331"
Community content is available under CC-BY-SA unless otherwise noted.