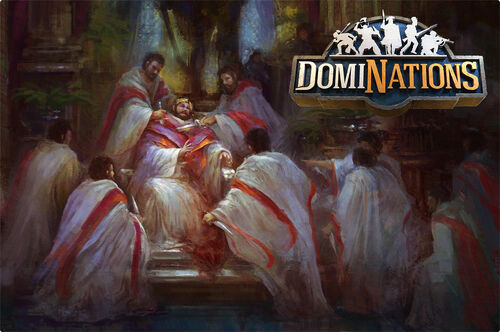 Beware the Ides of March! Enjoy these discounts for a limited time! 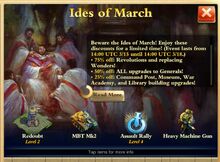 Beware the Ides of March!' says the Soothsayer in William Shakespeare’s play about Julius Caesar. That day, the 15th of March in 44 BCE, is when the Roman Dictator was assassinated by a cabal of his political rivals. Before his death Caesar rose to prominence via his success in the Gallic Wars, which greatly expanded Rome’s borders. In 49 BCE he crossed the Rubicon river into Italy and assumed control of the Roman government, enacting a number of social and governmental reforms. After his death, his nephew Octavius would go on to become the first emperor of Rome, taking the name Caesar Augustus.

Retrieved from "https://dominations.fandom.com/wiki/Ides_of_March?oldid=46812"
Community content is available under CC-BY-SA unless otherwise noted.