“Climb the Leagues for a bigger loot bonus!” 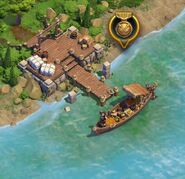 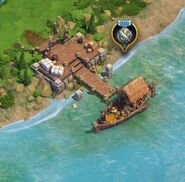 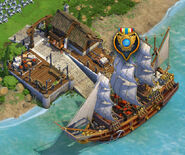 Dynasty League
Add a photo to this gallery

Empire III
Add a photo to this gallery

If victory is yours (even one star), you can have extra bonuses for the destruction of all gold, food, and/or oil buildings. If all defensive buildings are destroyed, you will not need to retrain surviving troops.

Each star collected after a victory are counted for attribution of a "Victory Chest bonus".

Once you have 15 stars, you can select the reward. You choose from 3 randomly selected items. The higher your level through the leagues, the bigger the bonuses.

The dock bonus and victory chest bonus are both based on your league.

Retrieved from "https://dominations.fandom.com/wiki/Leagues?oldid=54002"
Community content is available under CC-BY-SA unless otherwise noted.