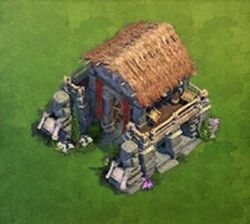 “Your wise men can research new inventions and technologies here.”

The Microprocessor Technology at the Library confers these bonuses to the Library:

The research from King Sejong at the University confers the following bonuses to Library:

Retrieved from "https://dominations.fandom.com/wiki/Library?oldid=55993"
Community content is available under CC-BY-SA unless otherwise noted.