Nations are upgrade schemes that include nation bonuses and a unique unit, fit for different playstyles. Nations become available starting from the beginning of advancement to the Iron Age, during which players are required to choose a nation to be influenced by. Players still retain the ability to attack any other qualifying player, regardless of whether their nation (which means players can invade others of their own nation). Nations do not affect the wonders a player can construct, the coalitions he/she can form, the alliances he/she can join, etc.

Starting from the Medieval Age, players can use "Revolution" to instantaneously change their nation. The first revolution requires 600 crowns as well as all the builders the player has. The second revolution requires 1000 crowns. This feature was introduced in update v1.3.55. 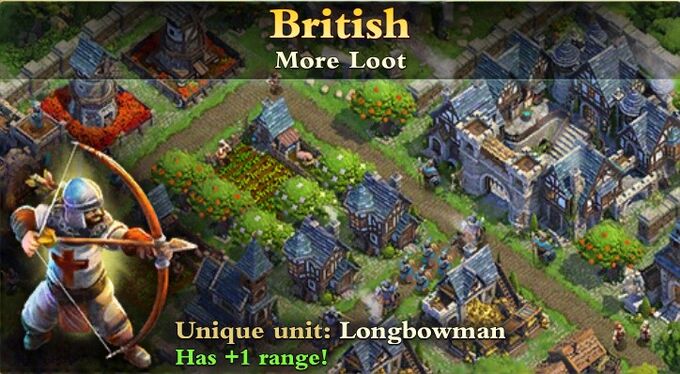 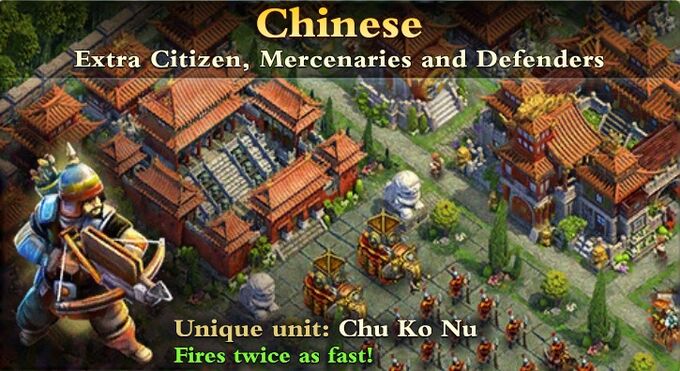 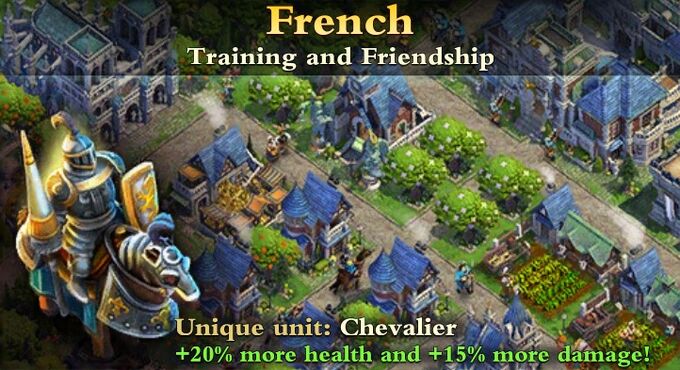 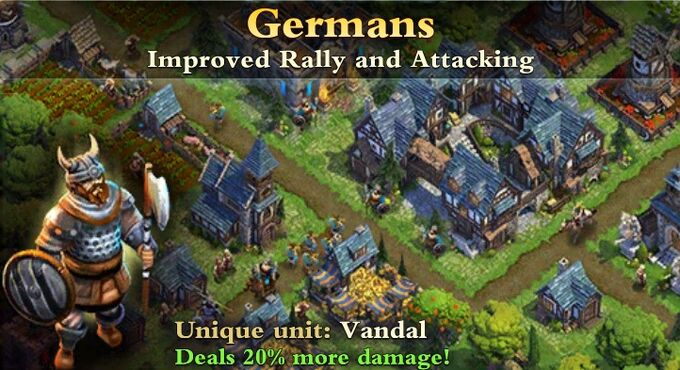 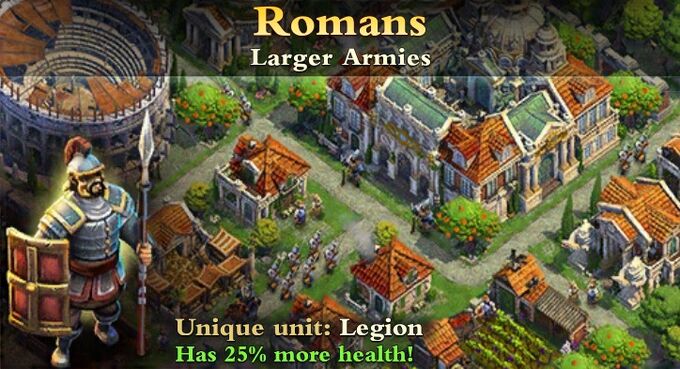 Each of the nations excel in different areas - some can overrun enemy bases with little effort, and others are capable of putting up a good fight against invaders. The following table contains the nations ranked in various fields, as agreed upon by the majority of players.

Disclaimer: This list covers a subjective topic and does not necessarily determine whether one nation is objectively better than the other. In addition, rankings are not proportional between the categories (Rank 2 in Offense is not necessarily equal to Rank 2 in Defense).

Germans is ranked 1st since its bonuses allow players to quickly destroy buildings of high priority using its rally command in conjunction with Teutonic Fury. With this in mind, players can leave take out defenses that pose the highest threat to their strategy and then proceed to overwhelm the rest of the target base.

French and Romans follow closely behind, but they lack the powerful strategic perks of the Germans. Nonetheless, these two are still offensive superpowers in the game due to their army size boosts. While the Romans' capacity increase is much more potent and does not rely on an active alliance, the French compensate with an arguably more useful unit in its Chevalier in addition to also being able to receive over-leveled troops through donation.

British, Chinese, and Koreans rank third (fourth if tied ranks are counted), and it's not hard to see what they have in common that grants them this high position - powerful ranged infantry. The Chinese and the Koreans have access to the Chu Ko Nu and the Hwarang, respectively, which excel at eliminating troops (and essentially anything in general with their damage output). However, the British Longbowmen have an absurdly long range that prevents them from being targeted by some defensive buildings, which some will argue is more than enough to rival the Chinese and the Koreans having additional attack capabilities (with the Chinese able to recruit more mercenaries and the Koreans able to carry additional war tactics).

After these six nations, the rest are hardly worth mentioning. The Greeks manage to score a higher position with a subjectively better unique unit than the Japanese's.

Chinese and Japanese are ranked the highest in this list due to their town center abilities. Although the Japanese is advertised as the nation that cares the most about defense in-game, the peace treaty extension cannot really be considered a defense perk since it does not affect defensive battles in any other way then simply causing them to happen less frequently. Even if the peace treaty is considered, the Chinese still have the benefit of having a ranged unit on defense (from the Command Post) as well as defenders that can attack 1 target each in comparison to the Japanese having a town center-tower integration that can only target 1 enemy in total at any given moment.

The French managed to reach its position with its additional alliance troop capacity, reinforcing the player's base when under attack.

The remaining nations do not have any solid defense perks other than those granted by the Command Post. The British, Greeks, and Koreans have some of the best unique units deployed by this building, whilst the Germans and Romans, unfortunately, do not.

The Chinese, Greeks, and British reached the top of the list with each of their unique national perks in addition to other more obscure advantages. It's immediately obvious to anybody who considered any of them why they placed so high, since they know that the Chinese offer an extra citizen, the Greeks can perform construction at a heavily discounted price, and the British obtain an enormous bounty of resources after each raid. However, despite the Greeks seemingly having the most potent economic perk, its value falls of incredibly due to its lesser effect at higher levels and lack of defensive measures to protect its own resources (aside from Command Post units). This is where the Chinese shine with their extra defenders to whittle down heavy cavalry and tanks that will attempt to pave the way for invaders to pour in and steal valuable riches. In addition, their army perks help to ensure that their own raids will be more successful. For active players, the British are a godsend with the ability to accumulate wealth through battle - even though they may lose resources more often due to poor defense, the British can always make it up with a well-timed revenge attack.

Retrieved from "https://dominations.fandom.com/wiki/Nations?oldid=51139"
Community content is available under CC-BY-SA unless otherwise noted.