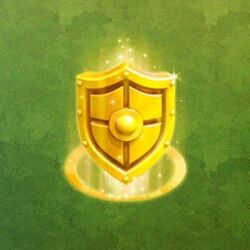 “Selected troops will take half damage for a while, due to a clever combination of superior armor and evasive tactics.”

Retrieved from "https://dominations.fandom.com/wiki/Protect?oldid=53803"
Community content is available under CC-BY-SA unless otherwise noted.