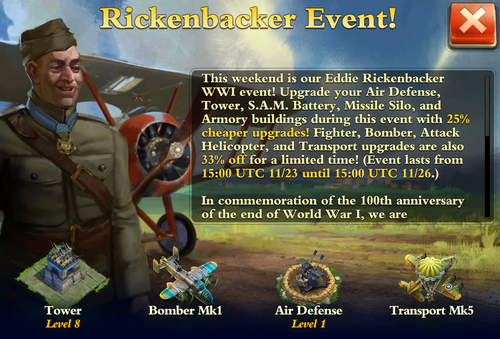 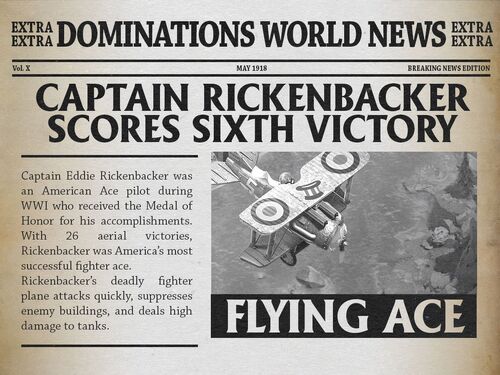 In commemoration of the 100th anniversary of the end of World War I, we are celebrating Captain Eddie Rickenbacker of the United States Air Force!

Rickenbacker was an American fighter ace during World War I, achieving 26 aerial victories throughout his career. On September 25th, 1918, while on a solo patrol, Rickenbacker spotted a group of (RS Novae MDC Maram rel oe Me Ct som le lCelaals group of planes and managed to shoot two of them down. His aggressive actions that day earned him the French Croix de Guerre and later, in 1930, the Medal of Honor. His numerous awards and many aerial victories made him the most successful American fighter pilot during World War I.

Retrieved from "https://dominations.fandom.com/wiki/Rickenbacker_Event?oldid=46183"
Community content is available under CC-BY-SA unless otherwise noted.