“A hidden launcher that fires a high-powered missile at the first aircraft in range. Does not target ground troops”

The S.A.M. Battery is a device still used today in aerial defense although not necessarily in a static form. The concept of a S.A.M. system originated in 1925 but was unsuccessful. The first actual attempts at developing a S.A.M. system came in WW2 when the German military and Allied powers both attempted to create an advanced form of AA. The Germans never completed their projects successfully but had proposed several guided Flak rockets that could reach heights up to 60,000 feet. The Allied powers had an unguided S.A.M. system operating with the name "Z Battery" but was rarely used due to their air superiority at the time. The first real guided S.A.M. systems came in the Vietnam war. 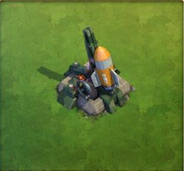 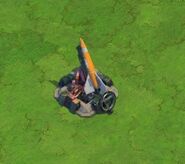 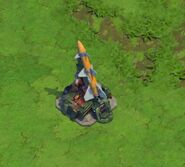 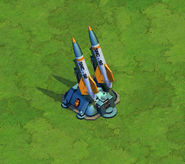 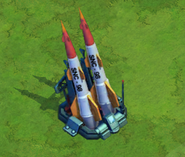 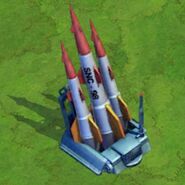 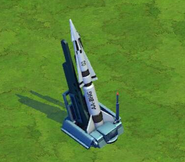 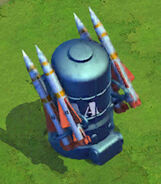 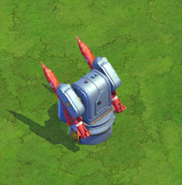 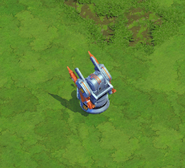 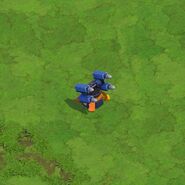 Level 11
Add a photo to this gallery

The Deception Technology at the Library confers these bonuses to the S.A.M. Battery:

The Anti-aircraft Technology at the Library confers these bonuses to the S.A.M. Battery:

Amelia Earhart at the University confers these bonuses to the S.A.M. Battery:

Harriet Tubman at the University confers these bonuses to Traps:

Retrieved from "https://dominations.fandom.com/wiki/S.A.M._Battery?oldid=56395"
Community content is available under CC-BY-SA unless otherwise noted.