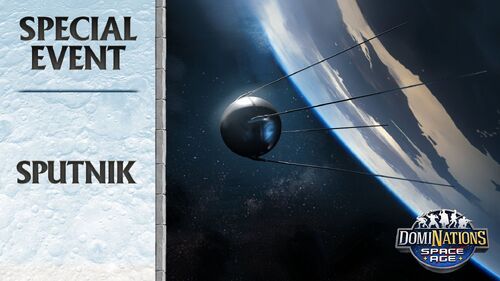 Sputnik 1, launched by the Soviet Union into low Earth orbit on October 4, 1957, was the first artificial Earth satellite. The satellite, named ‘Object PS-1’, completed 326 orbits in its first three weeks before its batteries depleted. After the batteries died, PS-1 silently orbited for another two months before falling back into Earth’s atmosphere. In total, it completed 1440 orbits and traveled more than 70 million km.

Sputnik 1 was a radio transmitter, broadcasting radio pulses that were easily detectable even by radio amateurs. The satellite also provided new information about our planet, allowing scientists to better measure the density of the upper atmosphere.

The success of Sputnik 1 is a major milestone in the history of humanity. It ushered in a new era, triggering the Space Race and a swath of new political and scientific developments.

Destroy all buildings on your enemy's base in Multiplier Battle and World War.

*Chalanges and rewards depends on age. The value above displayed in Cold War Age.

Retrieved from "https://dominations.fandom.com/wiki/Sputnik_1_Event?oldid=46629"
Community content is available under CC-BY-SA unless otherwise noted.