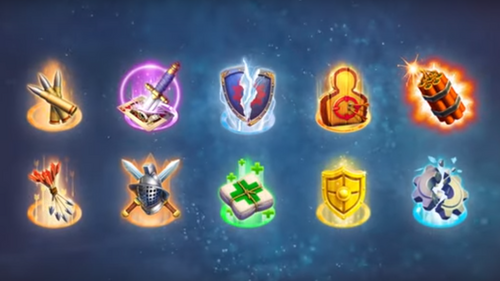 Tactics are the supporting advantage in attacking players and bases in DomiNations. Tactics can be deployed during battle and provide a special advantage to the player during that battle. They are purchased using Food from the War Academy and researched at the Blacksmith.

Tactics that can be created in the War Academy. Tactics listed by order of availability to the player.

Tactics that are available for specific Nations.

Tactics that are received from specific Wonders

Tactics that are received from specific Buildings

The Battle Tactics Technology at the Library confers these bonuses to the Tactics:

The research of Hannibal Barca in the University confers the following bonus to Tactics:

Retrieved from "https://dominations.fandom.com/wiki/Tactics?oldid=50288"
Community content is available under CC-BY-SA unless otherwise noted.