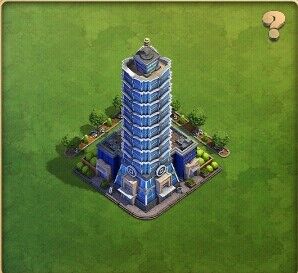 “Provides a mystery chest of resources once per day. Boosts the oil production of nearby wells”

The Taipei 101 is one of four Wonders unlocked in the Information Age.

The earthquake-prone capital of Taiwan is an unothodox location foor the world's tallest building. Yet between 2004 and 2010 that title belonged to its iconic skyscraper Taipei 101. In order to combat both seismic actvity and gale force winds, Chinese-born architect C.Y. Lee incorporated a combination of flexible and resistant elements. Most notable is the giant steel ball that hangs from the center of the 92nd floor and acts as a vibration damper. Also a popular tourist attraction, it counteracts the motion of the building by swaying back and forth like a pendulum.

The tower's name comes from its 101 floors containing office and retail space as well as observation decks. At the top is a secret VIP lounge accessible to celebriteis, dignitaries, and anyone who spends 1 million NTd (about $34,000) while shopping. The eight main sections reflect the auspicious meaning of 8 in Chinese culture. Conversely, 4 is bad luck, so the 44th floor is officially 43 while the one below is 42A While the exterior design is meant to resemble a pagoda or a stalk of bamboo, locals often liken it less majestically to a stack of takeout boxes..