“Shoots at anybody who attacks the town!” 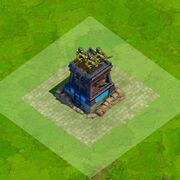 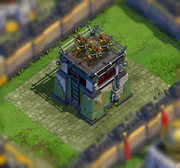 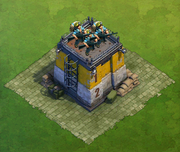 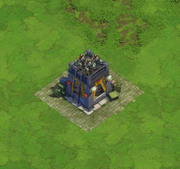 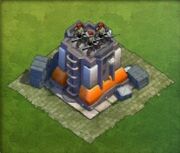 Level 15
Add a photo to this gallery

*The Watch Towers Chapters 1 & 4 Research increases the number of Towers available by 1 each Chapter.

The Watch Towers Technology at the Library confers the following bonuses:

The Radar Technology at the Library confers the following bonus:

Research King Sejong at the University for increased Tower damage (up to 30%), decreased upgrade costs, (up to 10%) and increased hitpoints (up to 30%).

Retrieved from "https://dominations.fandom.com/wiki/Tower?oldid=55613"
Community content is available under CC-BY-SA unless otherwise noted.