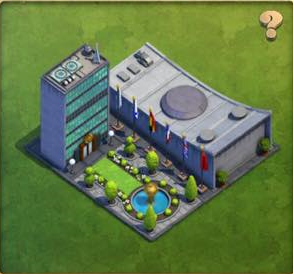 “Collect 3 national trade goods once per day. Deploy a peacekeeping force when destroyed on defense.”

The United Nations is one of four wonders unlocked in the Atomic Age.

Retrieved from "https://dominations.fandom.com/wiki/United_Nations?oldid=54601"
Community content is available under CC-BY-SA unless otherwise noted.