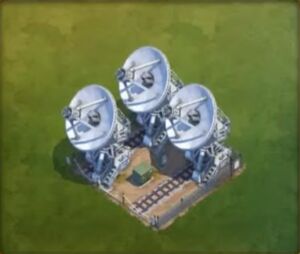 “Bonus Speedup Per Week Reduces Rally cooldown and allows you to collect a Research or Building Speed Up once per week!”

The Very Large Array is one of four Wonders unlocked in the Space Age.

The weekly Speedup Chest reward offers a random speed up out of the following, each with a 16.67% chance:

The serach for extraterrestrial intelligence (abbreviated as SETI) has been an area of serious scientific reseach since at least the 1960s. The main operating principle is that alien civilzations might communicate in ways that humans are capable of observing from Earth. SETI researchers use raido telescopes to telescopes to detect laser signals.

The project has been a point of political skepticism and derison for some time. After all, searching for aliens may seem already led to signiflcant scientific advances in areas like radio technology. Supporters such as the famous American reward for success justify the risk and expenditure. Certainly, the discorvery of alien life would be a pivotal moment in humanity's history, even if the specific consequences are impossible to predict..

Retrieved from "https://dominations.fandom.com/wiki/Very_Large_Array?oldid=54616"
Community content is available under CC-BY-SA unless otherwise noted.