Wall Breachers are the fifth type of Troop to use for the player in DomiNations. Sapper’s are used for destroying Walls to open up compartments for an army to attack. They're unlocked in the Classical Age.

The standard Wall Breachers' A.I. is to attack the closest Wall as possible. After destroying a Wall, sapper’s attack the closest Building but would do little damage. Their advantage is that they can do large amounts of damage against the target Wall segment as well as its adjacent Wall segments. Their disadvantages are that they can do little damage against enemy Troops and Buildings.

There are no unique units of Sapper’s and there possibly won't be any of them in the future.

Obstacles, whether they be man-made or natural, have always been a problem for invading armies. One solution was to use soldiers who were experts in construction and demolition to clear a path for the advancing army. Be it a river, wall, or minefield, engineers can find a way. 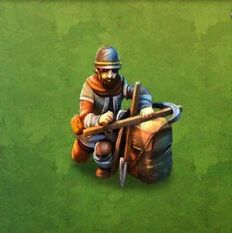 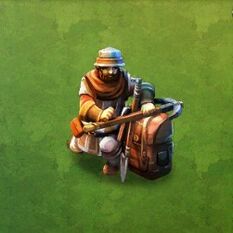 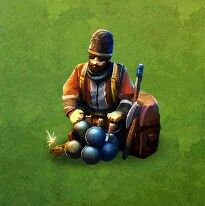 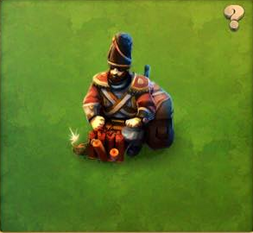 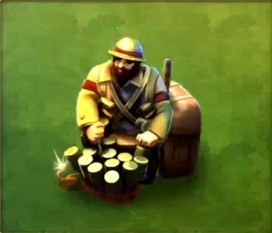 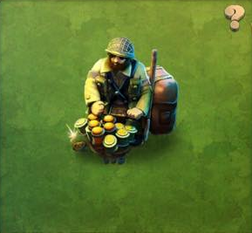 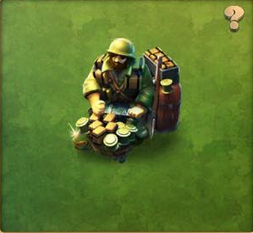 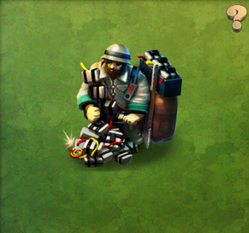 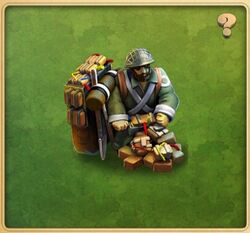 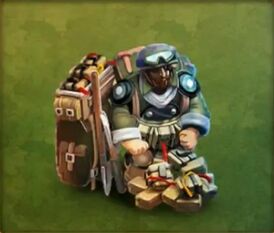 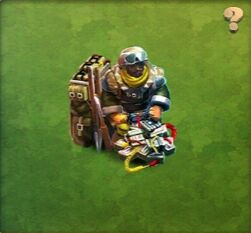 Advanced Combat Engineer
Add a photo to this gallery

The Ballistics Technology at the Library confers these bonuses to the Wall Breachers:

The Standing Army Technology at the Library confers these bonuses to the Wall Breachers:

The Versailles wonder confers these bonuses to the Wall Breachers:

Retrieved from "https://dominations.fandom.com/wiki/Wall_Breachers?oldid=56298"
Community content is available under CC-BY-SA unless otherwise noted.